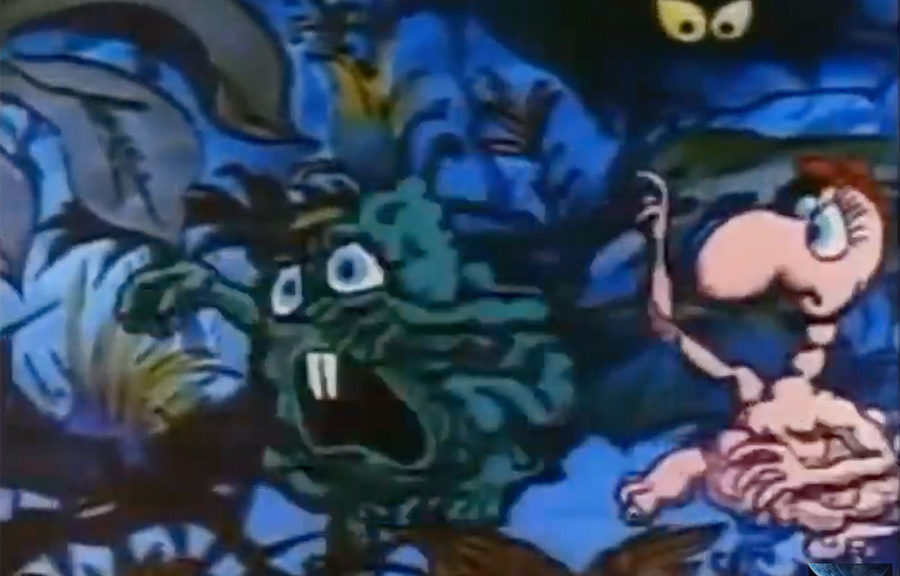 While not yet in lockdown mode here in FL (albeit close-ain’t like I’m driving myself anywhere!), been working on a new screenplay. While this isn’t anything unusual (I’m almost always working on a script), this one was a stop-in-the-middle-of-everything, get-flooded-with-a-wave-of-complete-pieces-of-story, and turn back around to get behind the keyboard to start making notes.

Oh, and in a genre I’ve never written before. Yup, that was the real surprise. Sometimes scenes will hit me that might work in a drama or rom-com, something like that, but this? This was something totally out of the ordinary. So, with all the free time to work, and mining RL experiences like I’ve got a helmet with a headlamp, I worked in a refrigerator magnet I had back when I was 7 or 8, that eventually led to the semi-creation of a fictional creature for some very early tales.

On to Saturday. I’m giving my fingers a break because they’re cramping, and come across a post by Keith Rainville, from Vintage Ninja. I thought – Oh, perfect! I’ll see if he knows any forums where cereal-toy collectibles are big, maybe someone can ID this thing, which I did not remember a lot about. Hit SEND, get a response back in less than 5 minutes: “There was a cereal in the ’70s called FREAKIES – had these monster themed sculpted premiums for years. Might be from that line?” Something in my head clicks. I can’t remember the cereal, what it tasted like, anything. We’re talking early-to-mid ’70s, after all, but Freakies stands out. I thank him for the lightning-quick reply, start looking things up, and holy crap! They’re exactly the magnets I was thinking about. I give Pam a basic idea of the one I want to ID, and sure enough, the one I had was exactly what she described, and besides the teeth, I remembered it pretty accurately. Now, your turn. Dig into your grey matter and see if you had any of these as a kid. I had a couple (meaning I must’ve liked the cereal well enough), but BossMoss? This was my guy. Who else had parents cool enough to buy you this cereal based on commercials like these, huh?! “Toasty and sugary and packed with vitamins!”