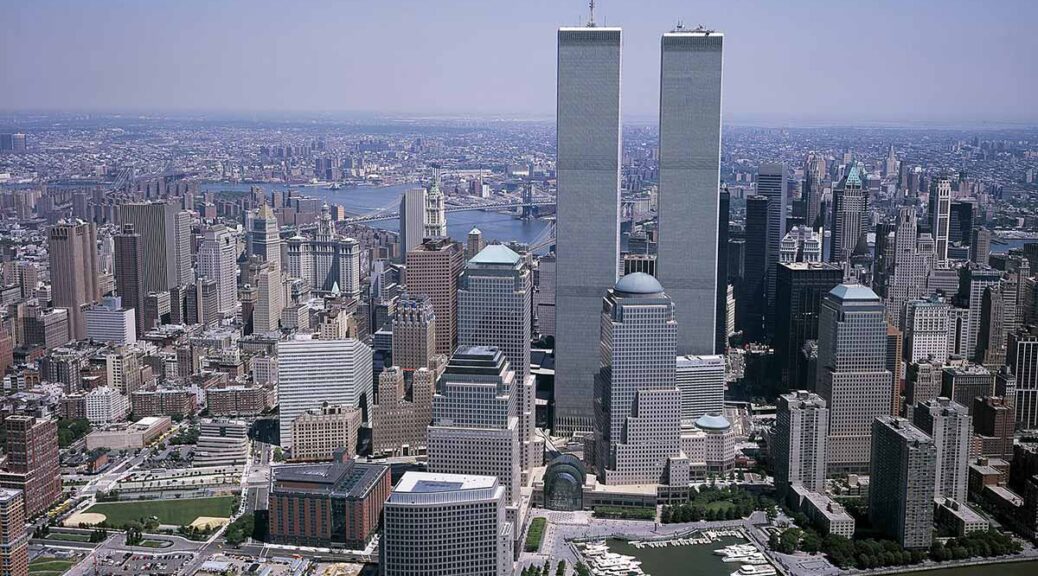 Like many, I can remember like it was yesterday. Still had one working eye. Was getting dressed when Pam called me into the living room to tell me a plane had hit the World Trade Center. As I’m watching and pulling pants on and getting ready to leave, the second one hit, and we knew. No accident. Terrorism.

I was driving to work, not even sure if I should be going, when there was screaming on the radio and I pulled my cell to call Pam. “Did they just hit the Pentagon?” I asked, dumbstruck. People were pulling over onto the side of the highway. Got to SCORE, and think it was Erasmo, had pulled out this little TV set we had in the building. Terrible reception, but we were crowded around it, trying to catch the updates on the local news. Pennsylvania, too.

No, I’ll never forget. That’s the world radicals want. The world terrorists want. The world people who want to rip apart a country want. People you see living like they’re barely out of the 1500s. Societies who treat women like property and view the LGBT community as deserving of death. People who don’t know success or progress, who despise equality…and want to bring that here.

No, I’ll never forget, and I’ll die before I give in to that kind of hatred and fascism. Me? I don’t see any difference between taking down buildings with planes and taking down cities with riots and arson.