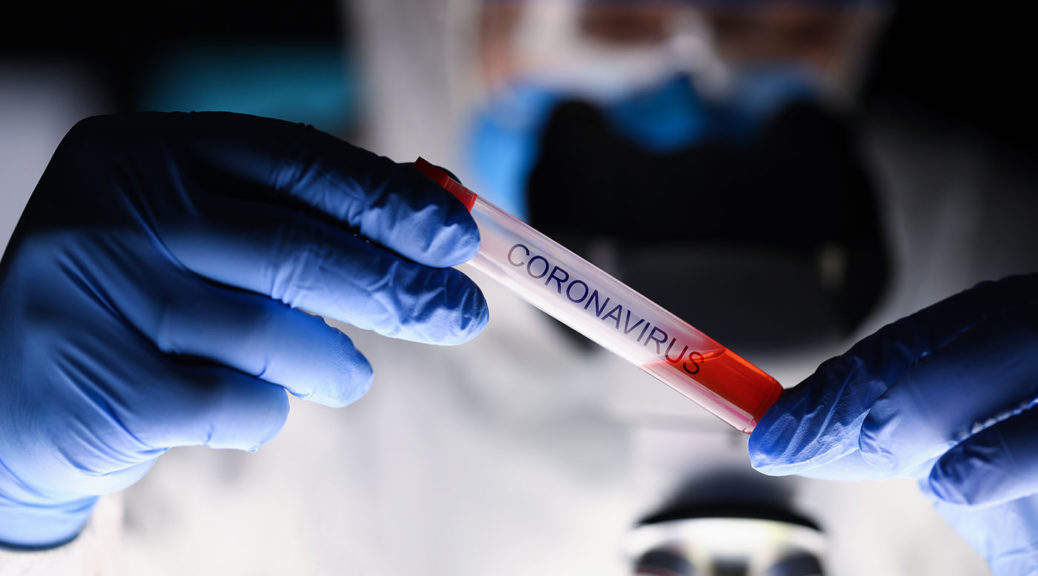 I work in entertainment, so while I’ll often comment on various political stories, I can’t stand the two-party system and so, while some folks will seek to try and label me X or Y, my spectrum of positions is usually enough to  negate such efforts.

In December, when the first videos leaked about what was happening in Wuhan, a number of folks were posting on various social media platforms about it, and a good chunk of us were for efforts to be undertaken to contain whatever this new illness was—In China. It made sense, especially to those of us who remembered H1N1 and other China-centric flus/illnesses that the country had downplayed (at best) and lied about (at worst). Having had multiple videos described to me, it was pretty clear that China was all kinds of concerned. Roads in/out of Wuhan closed. Soldiers on patrol. People being sealed in their buildings. An entire city using masks. You didn’t have to be a conspiracy theorist to understand something very serious was going on over there. Unfortunately, what would eventually be recognized as the best, and ‘most effective strategy’ (CDC & WHO in late-February) was automatically targeted as ‘racism’ and ‘bigotry’. The backlash was swift and brutal. Very quickly, it stopped making sense to comment any more, or even LIKE or SHARE posts.

As someone who despises how politics works and supports candidates from any party who seem to have the best ideas, to be trying to pitch screenplays to people who would automatically label you a xenophobe just because you espouse common sense is a zero sum game. You can’t win, even if you’re proven correct later—as many of us were. In those early days, 2 politicians fanned these flames, and eventually, many were silenced, but, not only that—were turned-on by people we had known for years. All because to suggest containing what would become COVID-19 in China? They saw that as unacceptable. They saw a travel ban as unacceptable. They saw the mere notion of stopping shipping from China as politically motivated. Didn’t matter if you hate the guy, you were suddenly a “Trumpster” if you backed what China themselves were doing. People said things like, “Duh! You can’t build a wall across the ocean, Trumptard,” and so on. Discussion was crushed.

Well, we see how that worked out, eh? Italy, which had allowed cruise ships to remain in port instead of resupplying them and sending them back out into international waters, was one of the countries hardest-hit. When Italy locked down, shutting its borders and enacting travel bans and implementing quarrantine? They were cheered by the media and WHO/CDC. They were “being proactive”. They were “responding sensibly.”

How quickly the tide and attitudes changed, eh? Suddenly, since it was the Italians, it wasn’t racism and bigotry, it was proactive. The same American political factions who weaponized the mere suggestion of locking down China had fallen silent, even as Dr. Fauci became their rallying point. Meanwhile, as we discovered later…Fauci should have been behind a travel ban from the moment that first vid leaked. When he saw what was going on in Wuhan—where the lab he approved sending millions of dollars for studying corona viruses is located. He should have put two and two together. We may never know if he did, but he certainly knew what was being handled at that lab, and how 2 years prior to this outbreak, state dept. cables warned about safety issues there, concerns he was made aware of (WA Post, April 14). So, to see a city with a population exceeding that of Manhattan being locked down by the military? Can you say ‘Red flags’?

Yesterday, the San Antonio Express published an article confirming what many of us have feared since the beginning: C19 has indeed mutated, and researchers at Los Alamos National Laboratory studying the new strain has confirmed it’s even more contagious.

I’m not going to deny it. I’m embarrassed now that I stopped posting about this so early. The thought that I’d get a reputation for being in any way aligned with Trump is the least of my worries. Losing contact with some people I’d known for years who suddenly believed me a racist (concerning Asians, of all things)? Pretty sure those folks weren’t going to get me a meeting at Blumhouse anyway. I may be blind, but I could tell something was going down half a world away and it sounded scary. Boy, was that an underestimation.

The people who deserve a new, hyper-contagious strain of COVID-19? The liars and finger-pointers. Those who put their agenda ahead of the safety of millions. You folks deserve this. Those of you who shut anyone down you disagreed with by playing the race card, even when you knew there was no truth to it. If you were shrieking about a travel ban back in December when many folks like me were in support of it, you helped delay what emerged as the best weapon we had in combatting this plague. You let your personal politics blind you to a sensible approach, because your own bias and hatred were more important to you. This disease should wind up affecting you, not the millions of people who didn’t effort to fight against common sense. The sad thing? It isn’t selective. It’s a crap-shoot. Maybe it’ll impact you, maybe not. Just as likely it’ll impact your mom, or a grandparent. A cousin, or a fellow industry professional. Even so, I can only hope the ripple makes you reluctant to start making baseless accusations about fellow professionals in the future because of bias. At the end of the day, you helped bring this to our shores, and helped it spread, because you were so eager to label  anyone—even your own friends—racists. Fingers crossed, some genius somewhere comes up with a polio-beating kind of discovery leading to a vaccine or cure.  I just hope it’s someone who’s never said anything you folks find objectionable in any way, lest you try and fight against that, as well.