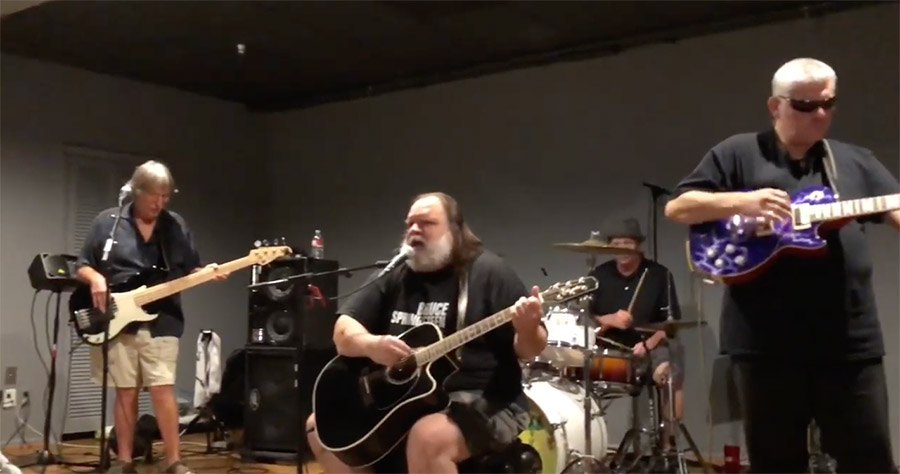 Not really a fan of Throwback Thursday, think like most rap songs if anything can be rhymed or has the same opening few letters, it’s ‘a thing’, but oh well, eventually the 17th century will drag me into it, even if kicking and screaming. Here’s a vid of yours truly on stage with Lemongrass, the full band over at Rusty’s Raw Bar in Cape Coral from 2018. Not exactly a throwback to the Mesozoic Era, but unless you were there, what do you care? May as well be. I could say Hendrix was in the john and have Pam age the pic, half the internet would believe it.

That said, brings me around to this. Nick, the lead singer of this talented crew (minus me, of course), is performing live tonight via video.

Guaranteed to be a good time. Here’s his FB link, he’ll post about the time tonight (think it’ll be around 7pm EST), and check in. Sure, not having me there with him will take away from it, like, taking away the occasional squashed chord, but, just like with this C19 crap, you’ll get through it. Enjoy!