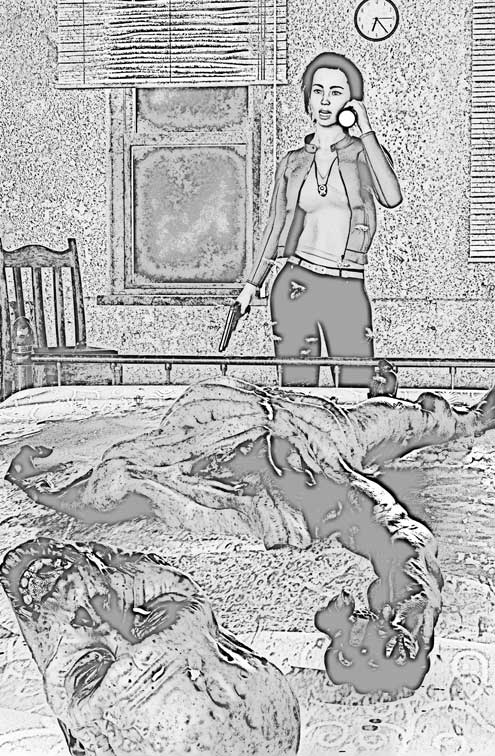 Pencils for The Hidden: A Danni Locke Mystery, provided by the talented Jason Moser.

Last week, wrapped a new short story that’s firmly in the ‘extreme horror’ category, and began sending it out to beta readers. Response so far has been excellent, with a couple of valuable contributions from my buddy Mario up in New York, who updated me on subway tech. With the feedback coming in, felt good about getting back on the story I’d been working on before, The Hellhole.

Nope, not so fast. Having gotten an illustration in for the anniversary-related chapbook we’re looking to release in early November, fellow author Alex Ness tipped me off to an artist he’s worked with, and that inkslinger is coming on board to provide art for another chapbook—the first in the Danni Locke mystery series. (Only pencils right now, I know, more soon, I’m not a tease). This, while an artist halfway around the world is bringing a new zombie story of mine to life. Suddenly, The Hellhole has been put on the back burner yet again, so I can get another comic tale scripted—which would complete the first comic issue we’ll have ready in several years.

I don’t mind. Right now, I’ve got over a dozen short stories completely finished and ready to go, several with artists doing spot/splash illos, but to put out a new comic now that we’ve got more shows than ever going on in Florida? Yeah, I can make room for that, no matter how tight the schedule is. More to come as things fall into place, and we prepare to make announcements about the talented folks joining the fold.