That splat you hear? It's our new chapbook-and Edward Lee approves! Get your signed copy now!

It started out innocently enough…and that lasted about fifteen seconds. One of the ‘godfathers of splatterpunk,’ as screenwriter David J. Schow (The Crow) has called him, Joe Monks has been churning out envelope-pushing horror since the mid-1980s. His underground comic, Cry For Dawn, was banned in 7 countries in the early ‘90s and seized in federal raids. His latest title, SICK ‘N TWISTED, has a story whose title alone distributors requested be changed. And now? Best selling author Edward Lee (The Bighead, Triage), has opened the door, gifting Monks, Franklin E. Wales and 2022 Splatterpunk Award winner Candace Nola (Baker’s Dozen) an opening line all three authors needed to kick off their nefarious tales with.

“I was just thinking, ‘I oughta call Frank, see if he’s got time’,” Monks said. “I didn’t know Candace aside from online posts and reviews of her books, so I said, ‘Ehh, why not?’”

The result is Exactly the Wrong Things, an ‘80s-style chapbook that’s getting wildly favorable reviews…and blurbs commenting on its cringe-factor.

The book will debut on Drew Stepek’s Godless.com digital platform on October 8, and the trio have launched a Kickstarter to ensure the best print quality possible. “We may make you vomit,” admits Monks. “And that’s our fault. But, at least your puke won’t go through the paper!”

Artist Jason Moser provides the cover and support illustrations, with Tomiwa Olu providing colors. The print edition will be released Oct 13 with B/W interiors, while the digital edition, available exclusively on Godless thru early December, will contain the color interiors.

Signing copies for retailer friends who’ve supported me over the years, reviewers, and a couple of longtime acquaintances in the horror world. Let me know if you catch the reference. ; ) 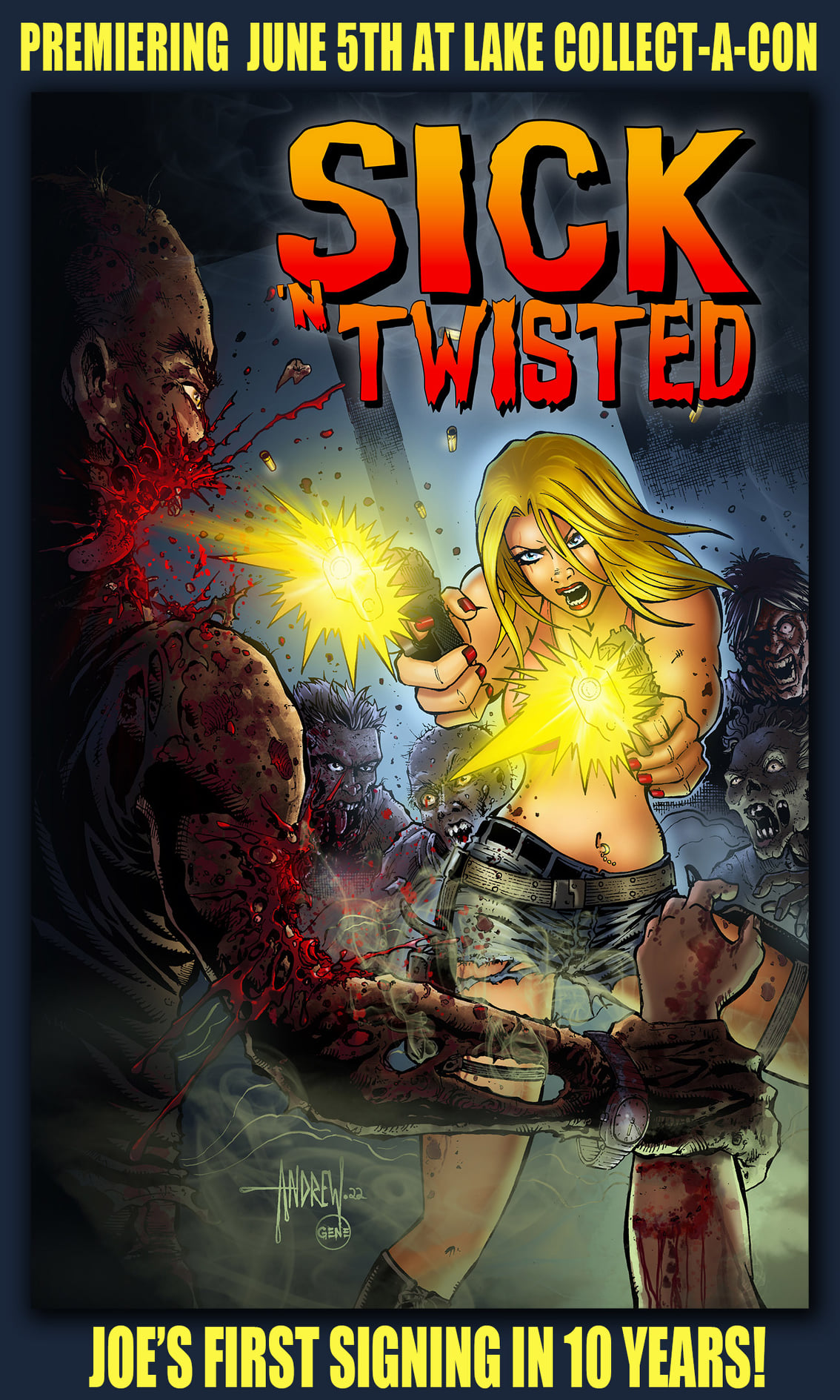 June 5th can’t get here fast enough. Doing my first comic con in over 10 years, and premiering SICK ‘N TWISTED #1 at Lake Collect-A-Con. I’ve mentioned it elsewhere, but if you ever wondered what Cry For Dawn X could have been? Now you have the chance to find out. Interiors by Will Pleydon, Jason Moser, Randy Zimmerman & others. Covers by Evil Ernie’s Andrew Mangum & Gene Jimenez, Mike Koneful and RC Young. 32 pages of story & art. NO ADS. Hopefully I’ll catch you in person in Leesburg, FL at the show, but if not, there’ll be a Kickstarter coming with all sorts of kick-ass goodies and even if you miss that, you can ask your local shop owner to get in touch. 30+ years, still offering distribution rate to retailers and signing copies at no addl charge. Gimme a hand making this one sell out!